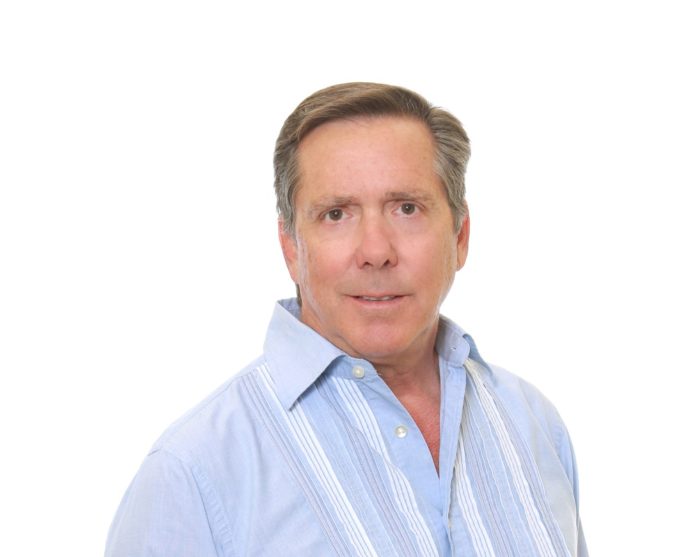 Ed Chiles was born in Lakeland, Florida, to the late Governor Lawton and Rhea Chiles. A passion for all things Floridian was instilled in him early on. An avid outdoorsman, his favorite childhood memories are roaming the Northern Florida woods with his father hunting game. The family always had a passion for cooking, especially when it came to local game, seafood and favorite southern fixings. They are still known to spend meals “talking about what they are going to eat for the next meal.” After high school Chiles embarked on another great family tradition – becoming a Gator at the University of Florida. During his collegiate years he was a member of Alpha Tau Omega Fraternity and also spent time with exotic animals at the Great Adventure safari park in Jackson, New Jersey. Chiles helped open the park in 1974 and served as Lion 19, the warden in charge of the baboon section, running herd on 140 baboons. Chiles also served as a warden in the tiger and lion sections as well.

After graduating UF, he and his father did what any political science major would do and decided to open a restaurant. To gain experience Chiles temporarily relocated to Miami to work at the venerable Miami establishment Joe’s Stone Crab. There he saw the inner workings of what was at the time one of the most popular restaurants in America, while climbing his way up the ladder after starting as a dishwasher. After completing his training he moved permanently to Anna Maria Island, where he and his family vacationed his entire life to begin his career.

Chiles has owned three waterfront restaurants on Anna Maria Island and Longboat Key, Florida since 1979 which is when the historic flagship, The Sandbar, was opened followed by the Mar Vista in 1990 and The Beach House in 1993. The finest locally sourced Florida fare and products from around the country and world have always been a feature on Chiles’ restaurant menus, but in recent years he has become a pioneer in the sustainable tourism industry.

Ed Chiles and his partners developed Pine Avenue in the city of Anna Maria into what is now known as “The Greenest Little Main Street in America”. The Anna Maria City Pier was constructed in 1911 and the vision for the future was to create a walking promenade of shops down Pine Avenue. One-hundred years later, Chiles saw how far from the street had diverted from this initial vision and knew something must be done. Their goal was to preserve the original dream for a Pine Avenue promenade and to protect the critical and extremely limited “historic boutique business district,” which runs the length of the street and, practically speaking, is the only remaining area on the entire island (and perhaps the entire gulf coast) where such a project is possible.

The street features fabulous shopping and restaurants, below beautiful guest houses. All the buildings are green certified and some are historic. One such business, of which Chiles partners in, is Poppo’s Taqueria, serving organic produce. Even their drink offerings contain no fructose or sucrose additives. Pine Avenue also features organic garden boxes along the street, encouraging community members to use their vegetation at home.

Chiles’ restaurants have been featuring a local, sustainable resource from Cortez, Florida – Grey Striped Mullet. When the fish are harvested by sex and roe is removed from the females and dried and cured, it creates a product called bottarga. Cortez Grey Striped Mullet produces some of the finest bottarga in the world. Recognizing that the processing and branding of this delicacy was being outsourced overseas, Chiles, along with island native, Seth Cripe, created the Anna Maria Fish Company. The company now produces over 5,000 pounds of bottarga annually while bringing a value added community and economic model to the historic village of Cortez.

Chiles’ restaurants have been striving towards sustainability in ways other than menu features. Composting is an effort that works directly in conjunction with Chiles’ two organic farms: Gamble Creek Farm of Parrish, Florida and 3 Boys Farm of Ruskin, Florida. Fresh produce from the farms are featured on the restaurants menus. Composted material from the restaurant kitchens as well as from the Anna Maria Fish Company are returned to the farms to make fertilizer.

Ed Chiles has partnered with the Patel College of Global Sustainability from the University of South Florida to further these efforts. The United Nations World Tourism Organization has recognized this partnership as a leader in the sustainable tourism field. They were invited to meet with Walt Disney World to compare best practices and have also spoken at a Windsor Castle conference in May, 2015 – “Imagine the Possible: Innovation and Urban Development, Sustainable Tourism, and Culture.”

Seeing the value of sustainable tourism in his businesses and community, Ed Chiles and his partners continue to pave the way and are determined to preserve the beautiful Florida culture and environment for generations to come.

Ed Chiles has two grown daughters, Ashley and Christin and resides with his wife Tina in Anna Maria. He is an avid fly-fisherman and hunter who also enjoys surfing and kayaking.

Various boards, Initiatives and positions with which Ed is involved: