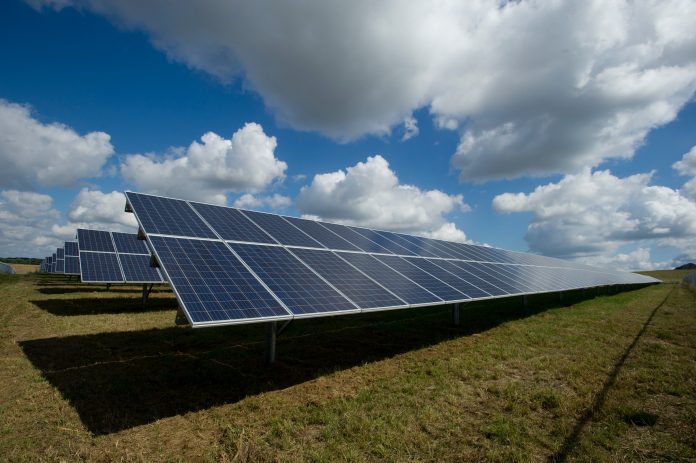 A new online portal launched today features examples of business leadership in the investment and use of clean and renewable energy across Florida. The stories and projects highlighted are part of a new initiative, Clean Energy Florida, which promotes awareness around the potential of clean and renewable to grow Florida’s economy and to protect the state’s renowned natural resources. The initiative seeks to coalesce business owners, leaders, and municipal decision-makers, who have invested in and are supportive of solar, efficiency and other clean energy projects within their companies and cities.

CLICK HERE FOR VIDEO INTERVIEWS FROM OUR CHAMPIONS OF SOLAR

“One of Florida’s greatest economic opportunities lies in accelerating clean energy options for the state. As one of the most solar energy rich states in the country, Florida has the potential to become a national leader in clean and renewable energy and the business community is at the helm of this movement,” said Jake Hiller, manager with EDF+Business, which supports the Clean Energy Florida initiative.

A poll in June 2018 surveyed over 1200 likely midterm election voters in South Florida and the I-4 corridor on their attitudes and perceptions towards clean and renewable energy. The results showed that a vast majority of them felt that adopting clean and renewable energy practices was not only a prudent economic decision, but also the right thing to do. By double-digit margins, those surveyed also believed that the business community is poised to lead on the issue of clean energy in Florida.

WHAT FLORIDA LEADERS ARE SAYING

“At Walt Disney World we are proud to have an anaerobic digestion plant that converts certain food waste into energy, and an iconic 22-acre solar array in the form of a giant Mickey head which powers some of our attractions. We are ramping up our energy efforts substantially with the construction of a 50-MW array of half a million solar panels and, by the end of this year, two of our four themes parks will be powered by solar energy. The environment is important to us and our guests and our hope is to inspire them while they enjoy the magic of Disney.” – Walt Disney Park and Resorts Environmental Integration Director, Angie Renner

“After installing our solar canopy, we not only brought new opportunities, but also brought in a new revenue stream. However, the most surprising outcome was that we were able to engage with other businesses and establish new partnerships. I believe Florida has a huge capacity to become a leader in the renewable energy space. We are known as the Sunshine State. I would love for us to be known as the Solar Power state.” – The HEAT Group Director of Sustainability and Operations, Jackie Ventura

“Orlando is positioned to be the tip of the spear for the clean energy economy in Florida and the Southeast. We have embarked on a journey to become one of the most sustainable cities in the country and how we get our electricity and energy is a significant part of becoming more sustainable. One of the biggest barriers to the clean energy economy is having enough capital to invest in clean energy. To date, the City of Orlando has enabled $500 million in capital for business owners and homeowners in Orlando to make investments in their homes and businesses.” – Director of Sustainability at City of Orlando, Chris Castro

“As solar power technology has advanced, its cost has decreased, while its longevity and performance has reached new heights. Because of this, you will find that the business community will be willing to adopt it more and more, not just for their bottom line, but for the environment and for their customers as well. The challenge now is how do we meet this growing demand for solar power and also meet the regulatory restrictions that exist. At some point, these have to converge to provide a unified solution that will allow for greater access of renewable energy in the state at a competitive cost.” – President of Terra, David Martin

“Solar energy is ready, today, to help homes and businesses save money and take control of where their electricity comes from. We’ve helped thousands of Floridians from all parts of the state and all walks of life go solar over the last several years. We’ve done this through bulk purchase groups known as solar co-ops. Co-op participants work together to learn if solar is right for their home and to get a quality installation. In addition to helping participants go solar, these groups have created a strong community of solar supporters that is making Florida a leader in clean and renewable energy.” – Solar United Neighbors of Florida Program Director, Angela DeMonbreun

“When elected, four years ago, environmental concerns were divided along political party lines. However, environmental concerns should not be partisan, much less dominated by a single party.  As a fiscally conservative Republican, I believe that advocating for clean and renewable energy is much more than caring for our environment; it’s about the cost savings and the economic benefits that derive from renewable energy.” – Coral Gables City Commissioner, Vince Lago

“Having our business in a net zero energy building, powered by solar, has been really exciting. We have the benefit of not having an electric bill; that cost savings is an immediate benefit we enjoyed. But, through this journey, we found that the benefits are much larger. As a business that can now provide services with a near zero carbon footprint, we have positioned ourselves as something unique in our industry. Today, we incorporate our sustainability commitment as part of our brand and corporate culture and it’s something that our clients are increasingly drawn to and puts us a cut above the rest.” – Roundhouse Creative Founder, Andrew Lee

Clean Energy Florida is an initiative led by the Florida business community that works to catalyze clean energy growth, adoption, and investment across the state. Clean Energy Florida and its supporting business leaders believes that Florida is well positioned to become a leading and innovative clean and renewable energy hub, and businesses in particular can drive the transition towards a strong and prosperous energy future.