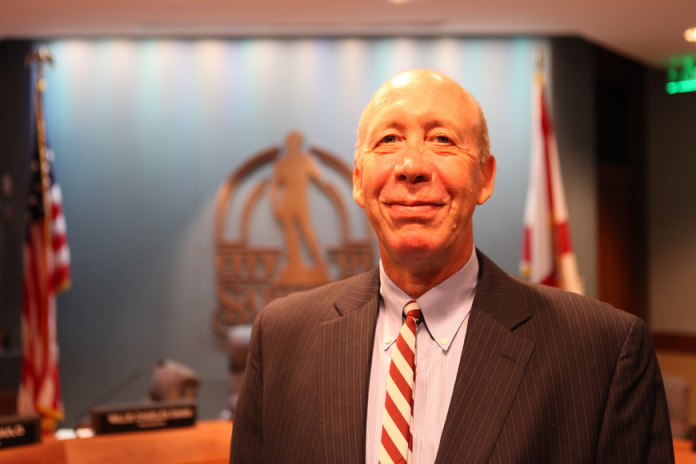 Participation in both programs is voluntary. The ‘Ready for 100’ initiative, presented to the City Commission by the Sarasota Climate Justice Coalition earlier this month with 2,000 petition signatures supporting the measure, calls for City of Sarasota municipal operations to be powered by renewable energy sources by 2030. The program also includes a community-wide goal to convert to 100 percent renewable energy by 2045.

“The City of Sarasota is now just the third municipality in Florida to commit to the ‘Ready for 100’ initiative to address climate change,” said City Manager Tom Barwin. “With this unanimous vote, the City Commission is strengthening Sarasota’s role as a leader on environmental and sustainability issues. These are ambitious goals and staff looks forward to seeking innovative renewable energy sources at city buildings and throughout the community to lower carbon emissions in Sarasota and ultimately help reduce the impact of sea level rise in our special coastal community.”

As the renewable energy industry grows, it is anticipated there could be economic development and employment opportunities in Sarasota.

The Commission also unanimously committed to the Mayors National Climate Action Agenda, which supports the principles of the Paris agreement to reduce climate pollution. The goals are consistent with the City Commission’s 2017-2020 Strategic Plan, which includes environmental preservation and sustainability as top priorities. The Mayors National Climate Action Agenda calls for community-wide greenhouse gas inventories, and development of emissions reduction targets – both of which the City has completed.

“We’re ahead of the curve with many of the objectives,” said Sustainability Manager Stevie Freeman-Montes. “We’ve conducted several greenhouse gas inventories, the most recent in 2015, and emissions reduction targets are included in the City’s Comprehensive Plan. We’re already in the process of conducting an extensive climate change vulnerability assessment and developing a climate adaptation plan – and that ties into the goals of the Climate Mayor’s network. Joining the network is an important reaffirmation of the City Commission’s commitment to addressing climate change and preserving our quality of life.”

A community meeting to discuss the City’s climate adaptation plan is to be held Tuesday, July 11 at 6:00 p.m. The location is to be announced.

About the City of Sarasota: Distinguished by Google as a Digital Capital in the U.S., the City of Sarasota is a diverse community located on Florida’s Suncoast with 53,000 year-round residents, several internationally recognized cultural arts venues, stunning sunsets along Lido Beach, a 45-hole municipal golf course at the historic Bobby Jones Golf Club, and Major League spring training baseball with the Baltimore Orioles. Learn more about the city at www.SarasotaGov.com.