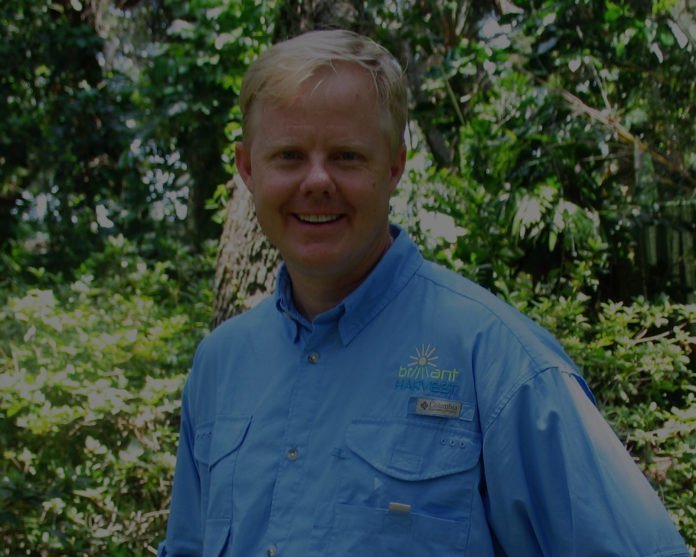 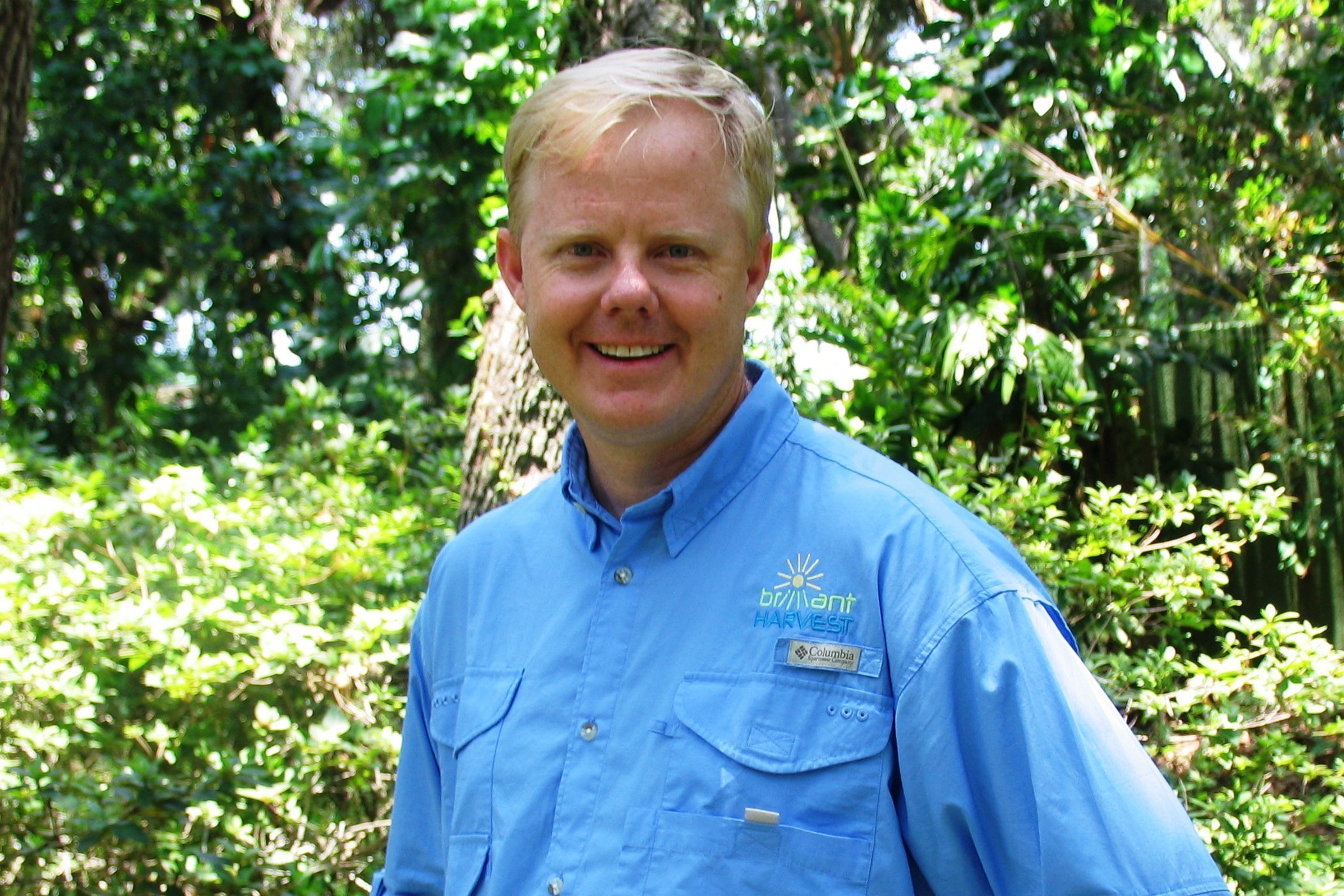 Bill Johnson explained that only a couple of companies were doing solar paneled shade screens, and Apollo Sunguard was ahead of their time when they floated the idea.

This sustainable resource, namely the sun, in many ways results in a new Florida “agricultural” industry.

He is the president and CEO of Brilliant Harvest, a solar company based out of Sarasota that provides a full line of solar products for commercial and residential applications.

The company harvests the power of the sun for customers in southwest Florida. “We didn’t want to call it ‘Bill’s Solar Company,’” Johnson quipped. “We wanted to make people stop and think about it. We’re ‘harvesting’ the sun’s energy.”

The sustainability of this business model is that these modern day “sun farmers” offer customers deferred savings.

“Solar is in many ways like investing in an annuity,” Johnson explained. “You spend money and offset your future consumption of electricity from the grid.”

Solar energy has become much more affordable in the past five years. The pricing of the equipment and the materials has come down both for the consumer and the corporate application.

The panels are much more efficient in terms of energy harvest. This bodes well for long-term cost savings for commercial businesses and residential. Previously the best panels were about 200 watts. Today they put out about 300 watts.

“The economics just make sense,” Bill explained. “The return on investment for an average homeowner will return 10 to 15 percent per year over 25 years. That blows away just about any other investment you can make.”

Wind and other green energy sources aren’t ready to be harvested for residential and commercial applications like solar.

“If you own your own building where you bought your business, you can take accelerated depreciation on the system and there is a fairly strong economic motivation to move toward solar. If you look at total energy consumption in the state of Florida, 93 percent of the energy used in the state of Florida (cars, powering homes, etc.) comes from out of state, even out of the country.”

There are always going to be fuels for different types of applications. This is real energy independence for consumers and business owners.

“Right now we can’t power an airplane with solar.” Solar isn’t for the person that is interested in crusading for a single source energy source. “The opportunities for third world countries…places where they depend on intermittent generation of power…even in those places solar power is less expensive than traditional forms of energy generation.”

For example, solar panels can be dropped in a middle of a field, connected together, and utilized to refrigerate vaccines. There are even portable solar paneled lighting units that have replaced kerosene lamps. There’s a tremendous cost savings to that. “They were paying about $80 per kilowatt hour for kerosene lamps.” They don’t have to do that now.

People can now study in the evenings due to the lights that are generated with LED lights with rechargeable lithium-ion batteries.

Solar in Florida has the potential to be a giant job creator in the state. Solar jobs are construction jobs. They aren’t the kind of jobs you can outsource to China. You have to be here.

He has a staff of six full-time employees, and a whole bunch of folks that do other types of work, electrical work for example. He’s a trade worker 3.0.

“Solar requires knowledge of several different fields when it comes to mounting, roofing, electrical, plumbing, basic building trades, but then we also have to know about celestial positioning and optical properties of the solar panels themselves,”Johnson said.

“There’s the whole meteorological aspect to it as well.”

Think about how this will improve the economy. It puts people, individuals and corporations, back in control of their energy consumption and saves money, but timing is everything. Are we ready to make this kind of investment in cost-saving innovation with deferred returns? Bill thinks so.