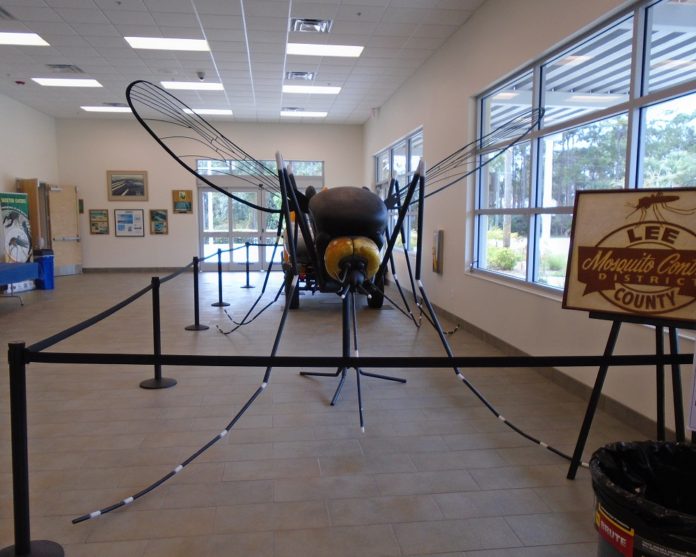 Hot steamy climate? Abundant mosquito population? Access to an international airport? If your community answers Yes to those questions, as does Southwest Florida, then you live in a conducive environment for the spread of the Zika virus. Health professionals, in fact, predict Zika will reach the southern United States including Florida sometime this summer, making it potentially a bigger blockbuster than the recent Avengers movie.

While new to the US, experts identified it in 1947 in Uganda’s Zika Forest. There were just 15 cases worldwide until 2007, until a significant outbreak occurred in Southeast Asia. Authorities recently confirmed the virus causes microcephaly in newborns, along with potential paralysis and other serious complications. The United States Centers for Disease Control and Prevention (CDC) is on its highest alert level for Zika – only the fourth time in its history that it implemented this measure. The World Health Organization estimates that over 3 million people in the Americas will contract Zika in 2016.

There are roughly 500 current Zika cases in the US, brought here by overseas travelers, with 105 or over 20% in Florida. To this point, 43 of the 50 states report Zika travel-related illnesses, from as far west as Hawaii, northwest as Washington, north as Montana and Minnesota, and northeast as Maine. There are to date no locally-transmitted cases in the nation.

Aedes aegypti and Aedes albopictus mosquitos spread the illness. Incubation is 2 to 10 days, and only 20% who contract it will display symptoms, with few hospitalizations. Once you get Zika you are immune. Mosquitos, infected blood, and sexual contact transmit Zika, with avoiding mosquito bites the best defense. The most common ailments are a low-grade fever, rash, joint pain, and red eyes. There currently is no vaccine or cure, just like the flu, but the illness usually goes away on its own in a week to 10 days.

Florida experienced its first Zika diagnosis in January, after people returned home from being infected in countries experiencing outbreaks. Since then, travel-related Zika cases in The Sunshine State now stands at 105, including 7 pregnant women. The most – 57 – are in Miami-Dade and Broward Counties, with four in Lee and one in Collier. Once the rainy season begins, it is only a matter of time before Florida has its first local transmission of an uninfected mosquito biting a person with Zika, then passing it on to a healthy individual.

While 60 million Gulf Coast residents lay in the primary path of Zika this summer, Ground Zero for the US is currently its territory of Puerto Rico, with 786 confirmed cases including roughly 100 pregnant women and the first confirmed death: a man in his late 70s who died in February from severe internal bleeding. All but three are local as opposed to travel-acquired. There are yet to be any Puerto Rico babies born with microcephaly but most of these pregnancies will not come full-term until late summer. Over 80 percent of Puerto Rican adults caught the mosquito-borne Dengue infection, with one-quarter getting Chikungunya within a year; if Zika follows the same pattern, a large number of infections will occur in the near future.

President Barack Obama requested Congress appropriate $1.9 billion for vaccine research, mosquito control, and public outreach to battle Zika. While Democrat United States senators support it, Republicans claim the funding information is too broad. They suggest Zika split money earmarked for Ebola, be offset by cuts in other programs, or a smaller appropriation of $1.1 billion. Cutting across partisan lines, Florida Governor Rick Scott, who declared Zika a public health emergency in February, traveled to Washington, D.C., in early May to urge lawmakers to pass President Obama’s program. Experts fear the Federal government will not approve funds until the first cases of microcephaly or death, and by then it will be too late.

Making matters worse is Puerto Rico’s decimated economy. It missed a $400 million bond payment in early May, and owes another $2 billion on July 1. Puerto Rican leaders skipped the May debt to keep open schools, hospitals, health care, and social services. If Puerto Rico misses future loan payments and closes medical and social services that are the first line of defense against Zika, the virus could spin out of control.

Major League Baseball cracked first! It announced that due to Zika concerns from several players on each team, it is shifting the upcoming Pittsburgh Pirates versus Florida Marlins series in Puerto Rico to Miami’s Marlins Park on May 30 & 31. This move now brings into question the Summer Olympic Games in Brazil, the nation at the heart of the Zika outbreak with 1,168 confirmed cases. While no American has yet to withdraw, professional golfer Vijay Singh of Fiji will not participate partially due to worries about the mosquito-borne disease, and several husbands and fiancées of female athletes will not travel to South America to lend support, as sexual contact is one of the prime ways to spread Zika. 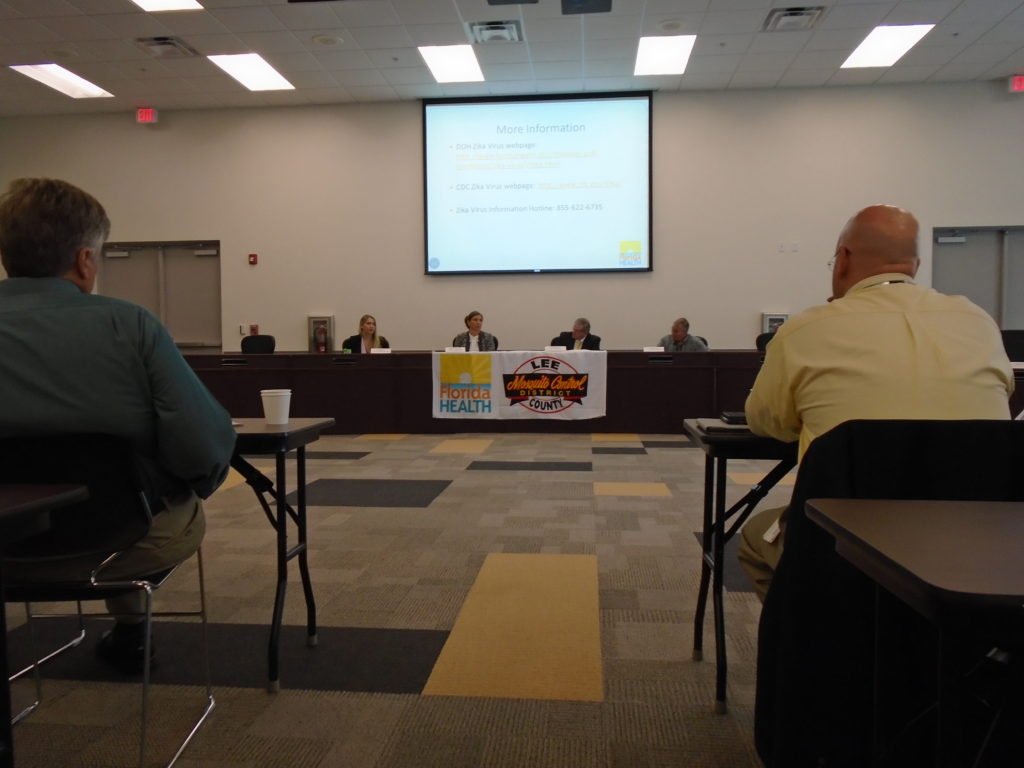 Australian scientists are working on a new technology to use naturally-occurring bacteria to halt mosquitoes from transmitting diseases such as Dengue and Zika, since mosquito-borne illnesses cause annually over one million deaths worldwide. They use genetic editing techniques that breed mosquitoes out of existence by preventing the birth of females, or creating breeds incapable of carrying disease, but these are at least a decade away from use.

This means local efforts remain the best options. Most Floridians already generally enjoy excellent mosquito awareness and eradication programs, with screens and air-conditioning in many buildings, but risks can be high, especially for pregnant women. Zika can be the first virus in over a half-century to impact the neurological development of fetuses, a chilling prospect in a geographic area with as many yearly births as The Sunshine State. If you are pregnant, do not travel to Zika-infected areas; if you must, do everything possible to protect yourself from mosquito bites, such as remaining in screened or air-conditioned places and wearing long sleeves and repellent with DEET. “Preventing disease in and from local mosquitoes is our primary aim and focus,” said T. Wayne Gale, executive director of the Lee County Mosquito Control District. “Fortunately for our residents, due to Lee County’s subtropical and rainy weather, we have a proactive plan in place to control illnesses like Zika.” 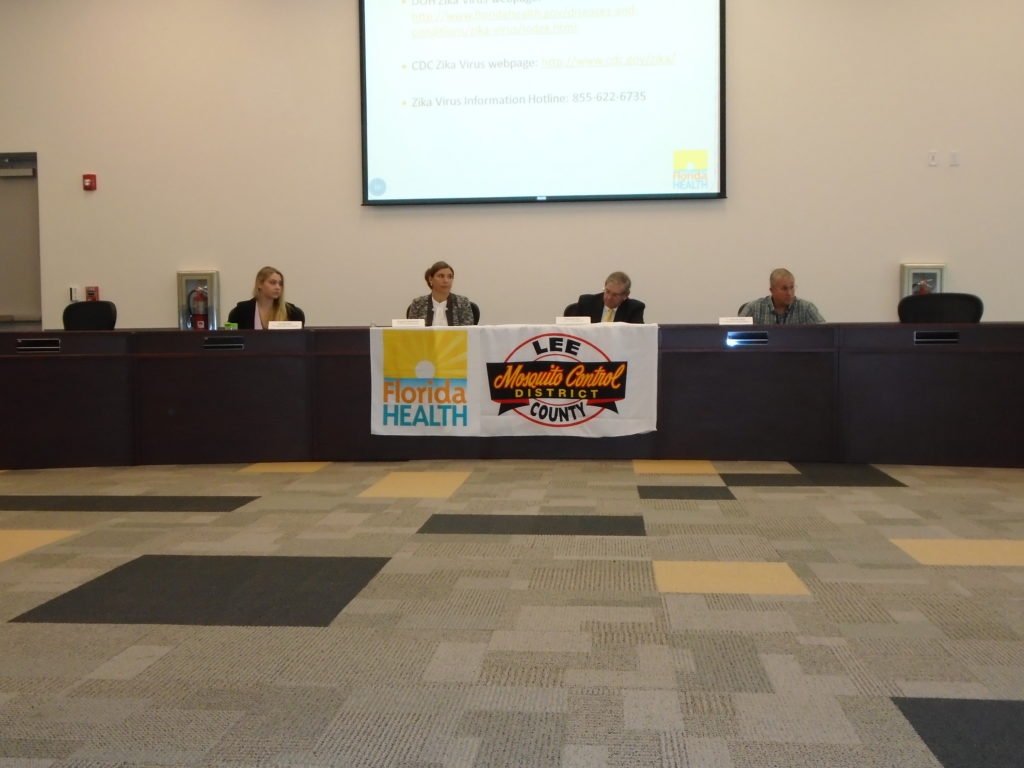 The district emphasizes early detection, the appropriate response, and public education. Lee is the only Florida county with its own testing laboratory to attain same day readings to initiate immediate action. It sets traps in high risk locations, and should it find Zika will immediately initiate aerial and ground adulticide followed by aerial and ground larvicide to quickly knock down the adult population. People breed their own mosquitoes, as Aedes are residential, attracted to house plants, artificial containers, standing water, and bird baths. They do not fly far, so if they are in one yard they will remain there or only venture a few properties over, making it extremely difficult to spread the virus. Once detected, Mosquito Control will inundate a half-square-mile radius several times over the immediate weeks to drop the population.

A relatively new tool are BG-Sentinal traps that mimic a human being. These have a porous exterior top that replicates human skin, as well as a lure with lactic acid and other elements to imitate the human scent. Once in the trap, a fan restrains mosquitoes for testing and identification. The Lee County Mosquito Control District strategically places these around the region, particularly in neighborhoods with standing water and insect-attracting plants.
Michael Mills, director of Fort Myers Beach Mosquito Control, said his office monitors hot spots like artificial containers, tires, and drains daily, to empty these of water. “Mosquito larvae cannot live without water, so if you dump it the air kills the larvae before they become adults. On Fort Myers Beach, we win the ground war before the war breaks out.” Mr. Gale concurs, saying “When it comes to Zika, with our plan and precautions, Lee County will be fine!”

Take Zika precautions now to ensure the only Summer Blockbuster you experience this year is at the movies!